Three months after his relocation to Anglesey, Manx pursues a serial killer terrorizing the island.

When the body of the first victim, Sian Conway, is found, suspicion immediately falls on her boss, the multi-millionaire tech mogul, Kimble McLain, and her ex-husband, Liam Fowler. Sian’s autopsy reveals she was eighteen weeks pregnant, and when the coroner discovers a scrap of religious text hidden in her body,

Manx suspects this could be the work of a serial killer.

As Kimble McLain pushes forward his political agenda to construct a tunnel connecting Anglesey to the mainland, he becomes a prime suspect.

The case takes shocking turn when Manx and his team discover alarming footage of Sian’s murder, committed by who they think is a woman.

With a twisted killer on the loose and a rising body count, Manx’s personal life hits rock bottom when an old colleague from the Met turns up and hits him with a bombshell revelation.

In a race against time to apprehend the killer, Manx faces his toughest case yet.

“The tension builds to incredible levels when events get up close and personal.”
Susan Hampson-Books from Dusk Till Dawn. 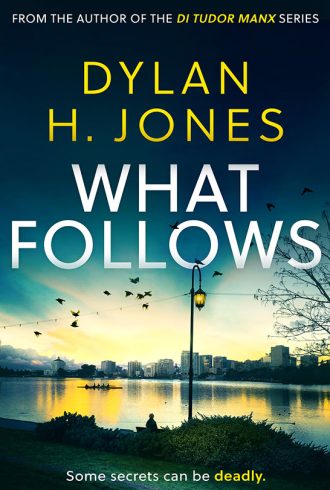